5 Players Who Could Be Playing Their Last IPL

Cricket is an emotional journey for the millions across India. Along with the passion to the game, fans also cherish and support their favourite players even to an extend of unbelievable ferverity and biased analysis, tilting in favour of their respective idols. This IPL could be the nd of an emotional saga for many of such fans, since this IPL is believed to be the last of many players. Let us check the list of those players who are expected to grace the IPL with their presence for a last time.

The ‘Thala’ of Indian cricket team is leading the Chennai Super Kings in this IPL too. The heroic battles lead by Dhoni and his Chennayin team is part of the IPL folklore and will be cherished by his fans and foes alike. With not being part of the Indian cricket team post the one day World Cup 2019, this could be his last chance of getting a call for the T20 World Cup 2020. With the age nearing 40, the chances of Dhoni playing another IPL seems a distant possibility. But the Chennayin franchise would be aware of Dhoni’s captaincy skills, the calmness he brings to his side and the enormous possibility of Dhoni as a brand, which gives him a chance to come back next year. With no doubt, it can be said that the performance of Dhoni and his team could very well decide his future. The Jamaican rockstar is all set to take guard for the Kings XI Punjab and as everyone knows, if he gets going, it is a different story solely scripted and directed by him. Even after being unwanted by the  franchises last year, he came back in glittering colours for the Punjab team and proclaimed that the Universal Boss is here to stay. With his form nowhere near his prime days, it would be a monumental task for Chris Gayle to come back and have anothe Gaylestorm this year. With the age and longivity of the career, keeping up the fitness would be another daunting task. It could be rightly said that when Gayle is gone, IPL would miss Gayle more than he misses IPL. 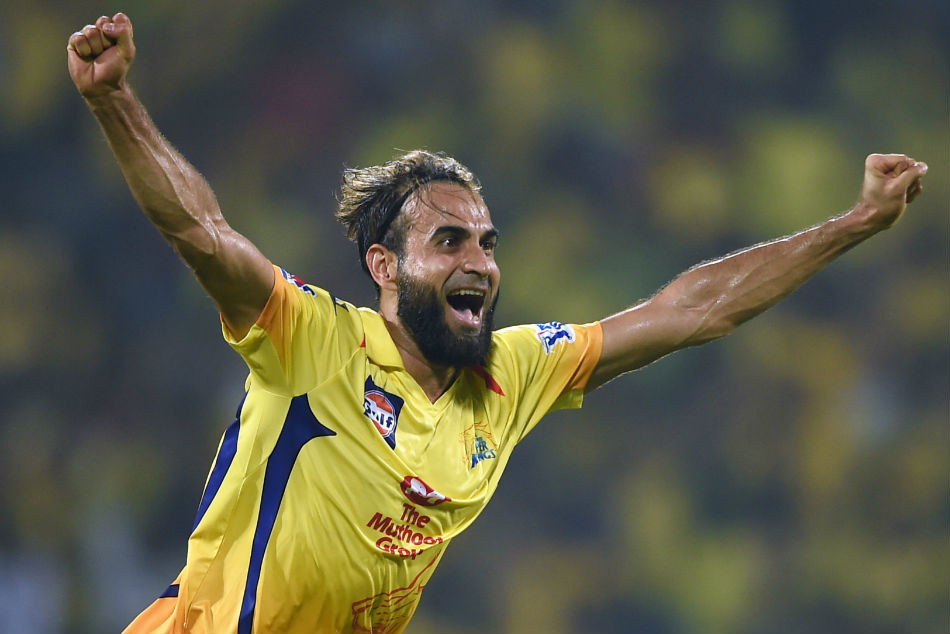 The Marathon runner Imran Tahir could also very well be donning the yellow CSK shirt for a last time. Imran Tahir to cricket was a late bloomer and when it happened, he took away the spring with him. Unlike others who have passed 40, there cannot be seen a big dip in his performance and form. But the very lethality and stabilty he gave to the CSK in the last seasons cannot be expected this time around. With CSK signing new players, the chances of him playing in the first eleven also seem questionable. Imran Tahir made the art of spin bowling more poetic and combined with it was his aggressive passion, which made a new brand of spin bowling equivalent to Beauty and Beast scenario. When gone, that running celebration and the brightness in his eyes will be terribly m issed by his fan.

Lasith Malinga was the perfect blend of everything that made up a T20 pacer. He ruled the T20 leagues all over the world during a period and Mumbai Indians’ successful track record in IPL is greatly attributed to his consistency over the seasons. Malinga’s career in IPL was thought to be over in 2018 when MI announced him as a mentor, but came back stronger the next year, to the extent of bowling the last over of the final. The unorthodox bowling style and consistent accuracy have compensatec for his lack of fitness and decreasing pace over the years. The decision to stay away from the longer formats of the game also have helped him to come this long. But expecting another season out of him would be far fetched and the veteran is all set to play his last IPL season this year, the swan song.

For a generation that saw the likes of Wasim Akram, Glen Macgrath etc. leave the game, Dayle Steyn was a rare consolation in that he kept up the legacy of fast bowling intact, wherein those around him where mere shadows of those who preceded them. Dale Steyn was a deadly combination of pace and accuracy and was a fighter to the core. With Banglore signing him this year, this is a return journey to where it all began in the IPL. Eventhough he is no where near to his prime, a struggling bowling unit like Bangalore has founded the right saviour and mentor in him. With his vast experience and never to say die attitude, his mere presence could be a boon to the team. With his share of injuries and many young players emerging, it may very well be his last season in India. But the rawness in his bowling, the rhythm in his bowling and that sly smile at the end of everything will be greatly missed.

With many players set to leave the IPL this year forever, it may also be the season where new heroes are born. It is this cycle of setting suns and rising moons that make fans all over the world eagerly wait for their next season of IPL every year.